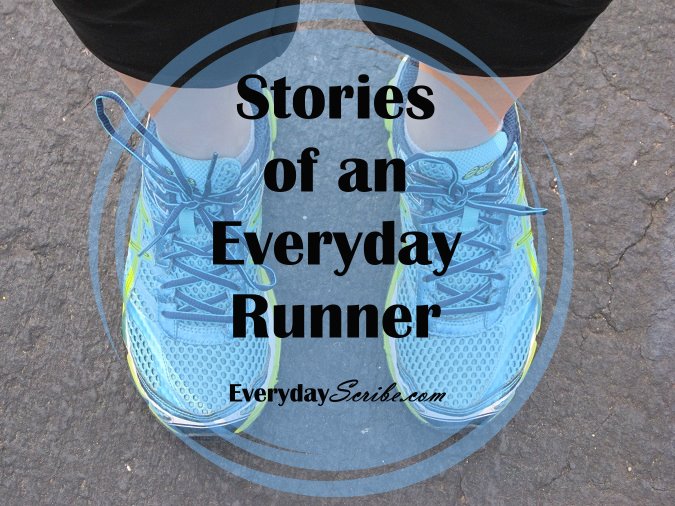 With the exception of various wildlife, occasional dogs, and extreme heat, my runs are generally uneventful. If I wasn’t looking for something to write about, I surely wouldn’t find it. Yet, for two consecutive days, it’s all happening.

I met my running hero. Sort of.

It started out easy enough. As I was running toward the first intersection, I saw another runner, but he isn’t just any runner. I see him out running. All. The. Time. And all over the city. I am convinced he runs a full marathon every day. I never see him when I’m running, just when driving in my car marveling at how much he runs. Seriously, he is like a rock star.

He turned at the intersection going the same direction I planned to run. So for one entire block we ran together. By together I mean he was about 25 feet ahead of me until he turned on the next street.

Stopped by people in passing cars.

Twice, people in passing cars stopped me. Twice. It never happens then twice in one day. I was asked for directions and warned about police activity in the direction I was running.

The police are involved.

Police activity up ahead. What does that mean? The guy in the city truck who stopped to tell me about it didn’t know what was going on and thought I would be fine to continue running, so I’m not quite sure why he felt compelled to stop me. I decided to keep running and almost ran right by the house without noticing any police activity at all. Seems like it was fine to continue running.

The next day is completely different. While running the same route, several police cars with full lights and sirens screamed past me. I can’t know for certain they were going to the same house, but it seems pretty likely. And certainly not something I normally see on my runs.

Oh, and I almost killed myself…twice.

I use one of those squeeze bottle type things that has a strap to secure it to my hand. I would rather run with nothing in my hands, but I also need water. This time when I took a drink, I shot the stream of water straight down my throat – the wrong way. I could hardly breathe. It was all I could do to concentrate on calmly inhaling as much air as possible, coughing as I exhaled. All the while, I am still walking. Walking, wheezing in, and coughing out.

A street sign was the next danger to my well-being. It came out of nowhere and about smacked me in the face. I have a habit of looking down while running up hills. I know you should always look up, but it is easier to psych myself into running the entire hill if I can’t see how much farther the hill actually is. It wouldn’t have been a problem normally, but since I was running with a baseball hat on to keep the sun out of my eyes, it also kept the street sign out of view until it was passing inches from my face.

What is the strangest thing that has happened to you while running?

4 thoughts on “Stories of an Everyday Runner: It’s all happening”