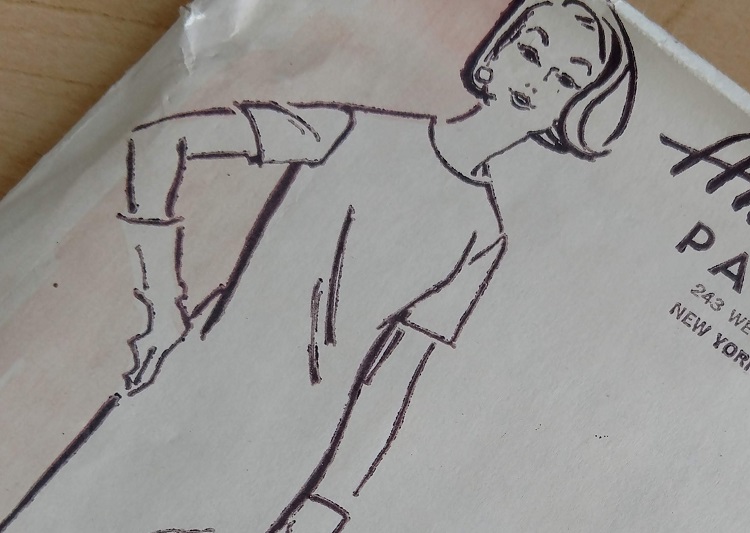 It was hot and sticky. The kind of day that makes you want to stay inside. Even I, who would always rather be outside than stuck in an office all day, was not looking forward to stepping out the doors into the wall of heat.

I knew I must, though. I had to go outside for a few minutes to gather some information for a report. My focus was on how good the air conditioning would feel upon my return.

The heat overtook me before I even made it out the door. I flew down the six or seven steps to the pavement where the heat of the day radiated off the concrete. Reluctantly, I knew I had to leave the shade of the building to get to my destination. Snaking between parked cars along the street, I crossed to the other side where there was nowhere to hide from the sun.

Looking down, because I am sure the sun would burn my retinas, I walked along the sidewalk. I saw some paper in the distance, which was not an unusual occurrence where I work. Litter clutters the streets faster than it can be picked up.

As I drew closer, I realized it was an envelope. It appeared it was old, but in fairly good shape. I decided somebody nearby must have dropped it, so I continued on my way resolving to pick it up if it was still there when I returned.

The entire time I was gathering the information I needed, I thought about that envelope. What caught my attention about this particular envelope, I could not say. All I can tell you is I was not hurrying because it was so hot. I would have forgot about the heat if my fingers weren’t burning from using the pen left in the car. My only thought was to get a closer look at that envelope.

Retracing my steps along the sidewalk, I found the envelope was still waiting to be rescued from the fading rays of the sun. I hesitated when I got close enough to pick it up. Should I take it from its resting place? If it was any other piece of litter, I would pick it up immediately, but this seemed more personal.

The envelope was addressed to Mrs. T. S. McFarland* with a local address. It was never opened, or, at least, didn’t 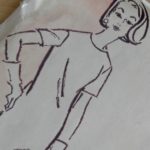 appear to be opened. From the return address, and the weight of the envelope, it was clear the contents were patterns from a clothing pattern company in New York. The postage was only 22 cents, and the postmark was from 1972.

How did this pattern order from 1972 end up on the sidewalk across from where I work 46 years after it was mailed? It’s a mystery.

I took the envelope inside and showed it to one of my coworkers. Together we Google mapped the address and discovered another coworker lived not far from Mrs. McFarland. I immediately text him to ask if he happened to know this person who may or may not still live at the address near his house.

After an excruciatingly long time, or perhaps 30 minutes or so, he responded that he did know the woman, but she no longer lived at that address. He told me her son did and he would get in touch with him, showing him a picture of the envelope.

I am still waiting for a reply. And so that is where this story ends. For now…

*Name is changed to protect the innocent.